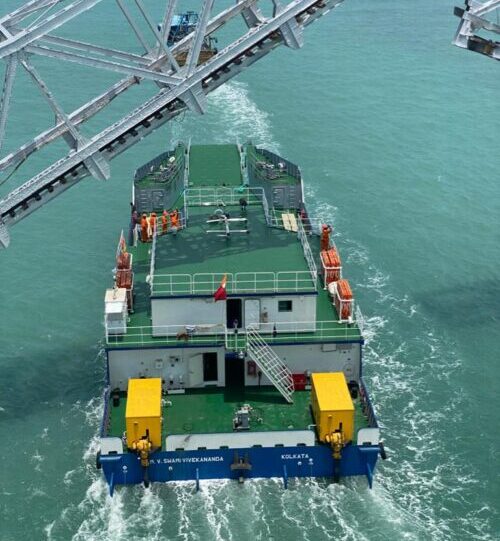 The Swami Vivekananda crosses the Pamban bridge, on the most southern tip of India. ⁣
⁣
Each boat is propelled by two Hydromaster Series 3 deck mounted azimuth propulsion units⁣
⁣
Pictured is one of eight Ropax boats built by Cochin Shipyard for the Inland Water Authorities of India. ⁣
⁣
The first convoy of four boats is now on its maiden voyage from Cochin to Kolkata. ⁣
⁣
In Kolkata, the vessels will be deployed to transport people and trucks along the Ganges and Brahmaputra rivers