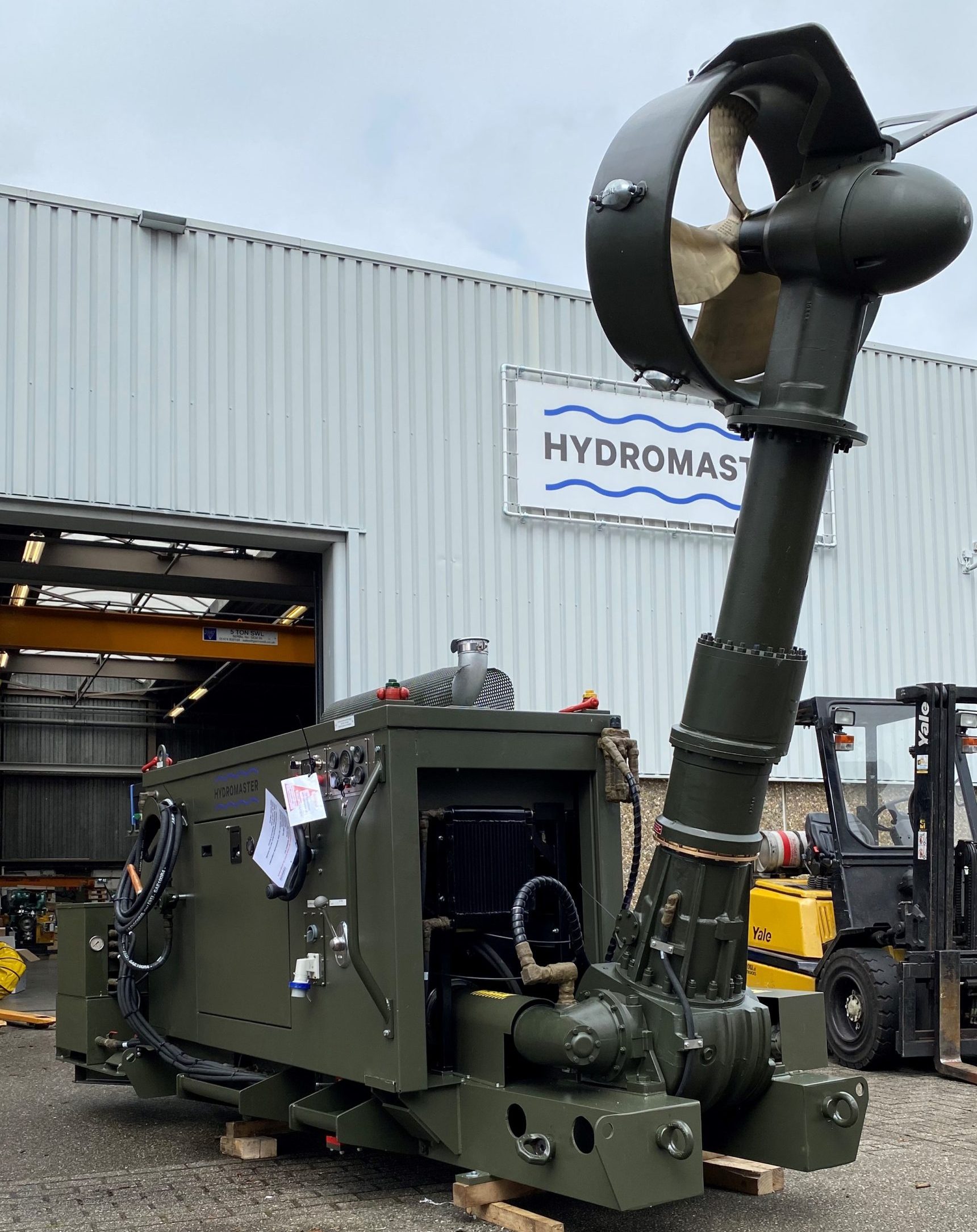 Hydromaster Series 3 Outboard Propulsion Systems were delivered to the DE&S Boats team in Southampton for use on their Mexeflote landing raft for worldwide deployment.⁣ More details on this unique modular type raft on page 11 of Desider.
⁣
Each system is self-contained and designed to operate under a variety of conditions.⁣
⁣
These systems are fully mechanical, driven by a 150 hp radiator cooled Perkins diesel engine through a reverse reduction gearbox.⁣
⁣
Operator control is possible from two positions whereby steering over 360 degrees is accomplished by a hydraulically powered handwheel.⁣
⁣
Engine speed is controlled by a mechanical morse cable directly connected to the engine governor.⁣
⁣
The transmission driving the propeller will swing almost 180 degrees to facilitate comapct storage and deployment. During operation the thruster can work at any angle to allow beaching.⁣ ⁣